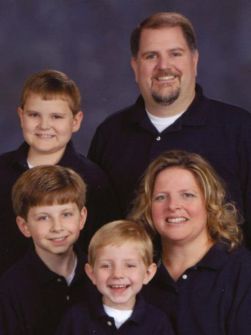 "The original version of the family name was Ochsenreither which is German for ox or oxen rider. The name is believed to have originated in Southern Germany around the 11th or 12th century when last names came into being. Prussia was being settled about that time by pioneers clearing the land. The German word for clearing or cutting trees is Reuter and since the main beast of burden was the Ochsen (oxen) the area became known as Ochsenreuter. There was a village in this area called Ochsenreute. Today, this area is known as Baldwaldsee." (1)

The family name evolved over the years to its current anglicized form of Oxrider. The Oxrider family name can be traced back to Johann Jacob Ochsenreiter who emigrated to the United States in 1753. (2)